Response to ‘We should all be proud lunatics!’ The day Stoke went wild for Jeremy Corbyn|Rajmil Fischman & Torr Fischman

Posted on September 4, 2016 by globalfaultlines

Response to ‘We should all be proud lunatics!’ The day Stoke went wild for Jeremy Corbyn by MICHAEL DEACON. Published in 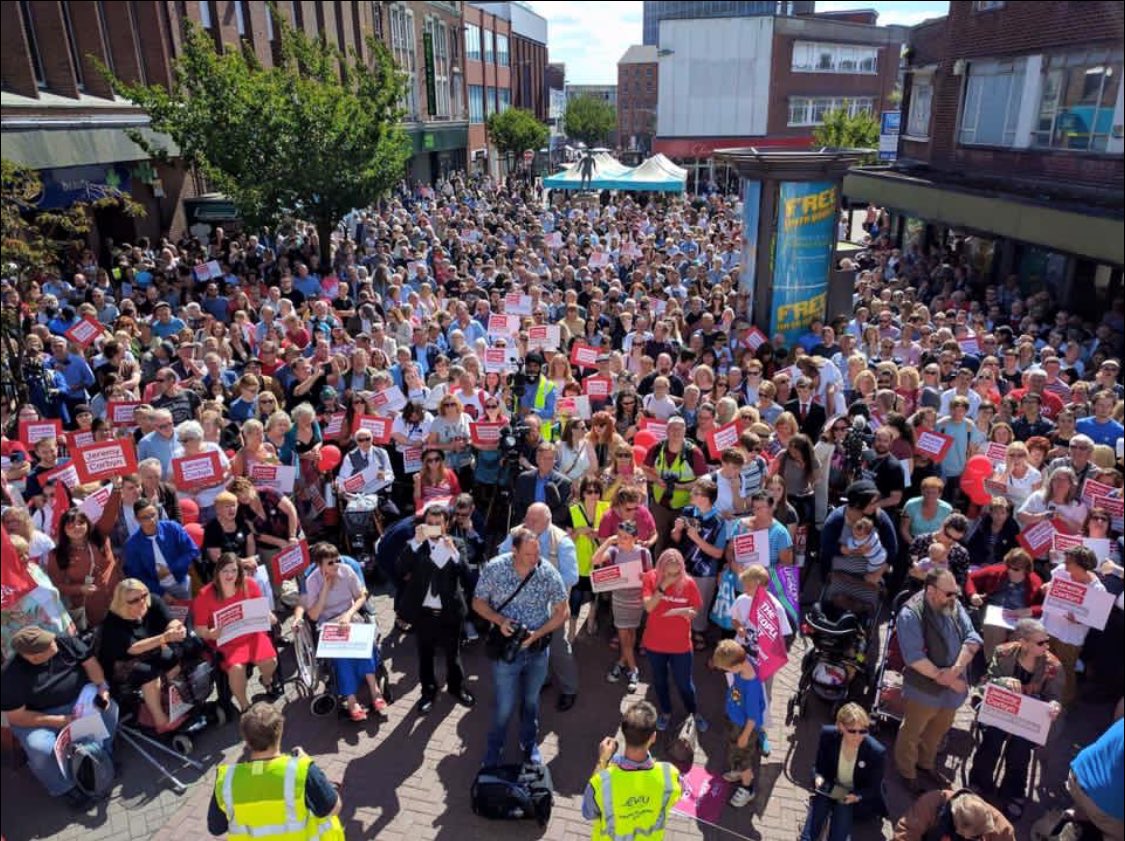 We are not a members of the Labour Party (we are not even regular Labour voters). However, we were present in the rally and must admit that this article denotes very poor journalistic standards. Instead of covering the content delivered by Corbyn and the other speakers – dismissing it as ‘the usual ground’ – it focuses on questionable subjective assessments (‘[Corbyn] was growing irate’), patronizing statements about the people that attended (‘it drew a crowd that was both large and excitable’ – did Mr Deacon meant to say ‘excited’ rather than ‘excitable’?) and the oddity of the fire engine. The speeches went for over an hour and, yes, the issues of austerity, inequality and injustice were definitely the main point of discussion; simply because they are the urgent issues that Corbyn and many voters are concerned with. And when talking about injustice, speakers were not referring to the media but rather to (not so new) neo-liberal ideology and beliefs within a political system that has exacerbated social and economic inequality.
Why is the call for a free, properly funded and non-privatised NHS not reported in this article in spite of having been stressed so many times in the speeches? Why is it that there is no mention of the call for free education for all, at all levels? Why are the brilliant statements in a speech by a 17 year old student not even alluded to? Why is the discussion on democracy throughout all tiers of government not explained, in spite of getting Corbyn, other speakers and the attending pubic excited and enthused (rather than excitable or irate).
Instead of recognising all the achievements and consistency shown by Jeremy Corbyn throughout his career (e.g. opposing Apartheid, the 2003 Iraq war and university tuition fees, supporting LGBT rights, etc.), a number of which were mentioned in the meeting, Mr Deacon has made an effort to dig out a fault following the current fashion of deconstructing Corbyn on the most minute details (‘observed a minute’s silence for eight members of the IRA.’). In the end, the particular case alluded by Mr Deacon is a matter of Corbyn’s refusal to get drawn into populist statements and his showing of humanism. Why did Mr Deacon choose to attack the person rather than debate the ideas? (Incidentally this was also a theme addressed in the rally).
There are other important omissions which we will not mention in order to avoid a lengthier response. However, it is worth noting that the article carefully avoids reporting that, as a result of the swell in membership since Corbyn become leader, Labour is now by far the largest party in the UK (515,000 compared with the Conservatives’ 149,800, according to the House of Commons Briefing Paper No SN05125, August 2016). This was indeed emphasised in the rally but did not seem important enough to make its way into Mr Deacon’s report. Is the reason for this that he considers Labour Party members just a crowd of lunatics that is ‘both large and excitable’?
Rajmil Fischman, Torr Fischman

This entry was posted in Uncategorized. Bookmark the permalink.